3 Types of Criminal Offenses You Should Hire a Lawyer For

Getting arrested for a crime can be unsettling. The situation gets worse when you have to face court for criminal charges and a potential conviction leading to jail time. In this situation, it is advisable to hire a competent criminal lawyer to help you deal with the claims and formulate the right defense.

Whatever the charges, a seasoned and skillful lawyer will build a strong defense case for you, boosting your chances of getting a less severe sentence. If you've been involved in any of these crimes, consult a criminal defense lawyer right away.

2. When You Commit Personal Crimes

Personal crimes are among the most serious felonies in law. In these crimes, a person commits an atrocity against another person. They include rape, battery, assault, kidnapping, and domestic abuse. The legal system considers them grievous because they lead to physical and emotional harm to another person. Their jail term can range from a few years to life sentences. In case the injuries you caused the other person led to death, the court can charge you with homicide. Hiring a competent criminal lawyer is invaluable in such charges. Even if you're guilty, they will negotiate a fairer sentence.

2. When You Attempt a Crime

The law also refers to these crimes as inchoate crimes. Basically, these are crimes that you initiate but don't complete. Examples include attempted break-in, attempted murder, and attempted rape. This category also includes someone that might have helped abet a crime. For example, if a criminal breaks into a store, steals money, and uses your vehicle to escape, the prosecutor might charge you with an inchoate crime.

The punishment for inchoate crimes might be a little less severe than personal crimes but still require a professional criminal defense lawyer to navigate.

3. When You Commit a Statutory Crime

The third category of felonies is statutory crimes. These are related to drugs, white-collar crimes, and traffic offenses. Generally, statutory crimes are more of societal prohibitions that people should not engage in. For instance, committing fraud in your workplace is a white-collar crime, hence a statutory felony. Another example is driving on the road while drunk. In most jurisdictions, the punishment for statutory felonies depends on the damages caused. The best way to go around the charges is to have a seasoned lawyer by your side.

Unlike civil cases, criminal charges are hard to maneuver. Hiring a competent and diligent criminal lawyer makes the process easier and increases your chances of getting a favorable sentence. 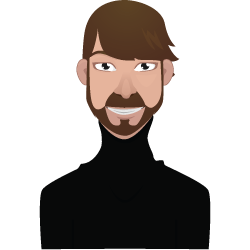